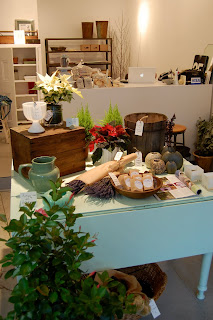 For everyone that would have turned that man away, you're way smarter than me. This is about protecting the self and I didn't do that last night. I let my emotions get the better of me and wasn't thinking clearly when I so thoughtlessly opened my wallet. One lowly man isn't going to affect my belief that there are good people in the world. But, I can't forget where I live. This is Parkdale and as much as I defend it, I can't trust anyone.
I have to say something to this guy, knowing full well he'll never read it.

Hey Terrance! (if that's your real name)
I've got a sob story for you too. I just gave a skammer $25 because I wanted to help. Despite the fact I just opened a new business and I'm hanging on by the skin of my teeth, I gave it to him because I saw someone who was in a far worse position than me. That was a decent piece of mediocre theatre actually. It wasn't worth $25 but it was worth the life lesson. I won't make the mistake of trusting some random person who comes into my shop again asking for help. Something was stolen yesterday and it wasn't my money. I gave it willingly. What I'd like to know is at what point you realized I was a fool? Was it before or after you complimented me on my hair? I should have known you weren't a stylist because Lionel Ritchie called, circa 1982, and he wants his hair back. Jackass.
Alison

That's all I'm going to say about that. Stay tuned for nicer posts about flowers and other good things.
I'll ignore the idiot guy outside who literally just pretended to take a whiz in my sap buckets. Chin up little one.
Ali xo
Posted by Coriander Girl at 11:03 AM

Oh little Flower Bucket!
Would you believe that the SAME thing happened to me in Montreal a few years ago?! I was a student, broke broke broke and coming home from a late night shift at the hostel where I worked. A man named "Peter" approached me, crying, and told me the SAME story! Seriously. I gave him $40 (then he asked for more...I started to doubt his sincerity at this point) and off he went into the night promising to pay me back the next day.

Well, I wrote in to the weekly paper asking the same questions you asked "Am I an idiot?" etc and apparently this guy was FAMOUS!

So what does it mean -- it means that even though these guys were full of shit, they are still waaay worse off for us. Because they are losers, and probably don't have one real friend between them. So good on us for trying to help out a real loser.

And your hair IS amazing. At least he got that.

may be useful for all, helpful article once and pardon me permission to share also here :

I personally like your post, you have shared good article. It will help me in great deal.

Very interesting blog. Lot of blogs I see these days don't really provide anything that I'm interested in, but I'm most definitely interested in this one. Ramadan Tent Rentals | الفارس العالمية للخيام | Ramadan Tents Dubai