Change is in the air

It's that time again. Change. For a while now things have been the same. I open the shop, Kerri joins me to work away on weddings, Urban Harvest has been here renting out the back of my store to sell their amazing plants and seeds. They're both leaving. Kerri and her fam are off to Hamilton where they bought their first house and Urban Harvest, well, it's a pop up shop for them and so soon comes the end until next year. I've gotten used to having Colette and the gang here. They are all so lovely and very quickly have become like family. For each of them, change is happening in their own lives. Thea is off to school out west, Carl starting a new job at Beretta farms and Jordan also starting a new job working with kids in High Park. I feel like I'm on the last episode of Party of Five. How do you say goodbye to people you adore? How do I go on without Kerri? Kerriander Girl. She is everything to me, not just my employee but my friend too and a huge part of Coriander Girl's success. She has been with me from the beginning, before I even opened. We met in the stairwell where we both lived at 193 Dowling Ave.  I said, "I just rented a shop down the street, I'm going to sell flowers." Her mouth dropped open and she said, "Really, wow, do you know anything about the flower industry?" I said, "no I don't really just that I love them."That was her cue to say, "Best of luck!" Instead, she took me under her wing and taught me everything I needed to know and more and quickly became my right arm. Do you know that in the three years she has worked for me, she has not sat down. Literally, that woman never sat down not even for tasks that would be more comfortable while sitting. She worked so hard and set the bar impossibly high. I can never replace her and I won't try to. For the last few months I've been asking her, "Who's gonna laugh at my weird jokes? Who's gonna blast punk rock music, real punk rock music? Who's gonna tell me what I was just about to do or what I was just doing? Who's gonna remind me to eat? Who's gonna do wrist corsages? She just laughs in the best laugh you've ever heard with her blue eyes sparkling like western seas.
Here's to Kerri Peters.  Truly an amazing human being, an unbelievably talented florist,  an incredible mother, and a darling friend.
There are no pictures of Kerri Peters as she does not like having her photo taken, so I'll ask you to imagine a ravin haired beauty with edge, porcelain like skin, a smile that you could see from the moon and eyes that make you feel like you're home.
You're one in a million kid. And for the record, you'll never be a soccer mom.
Go smoke those roller dirby bitches.
Al xoxo

Light up light up...


Gosh I love that song.  Go put on your favourite song and lose yourself for a few minutes.
Alison xo 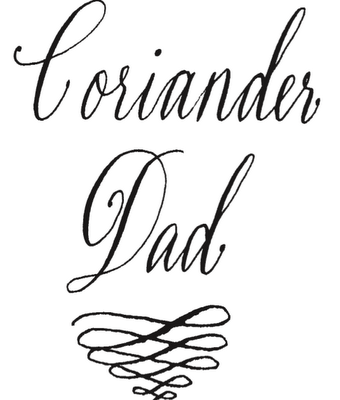 The Coriander Dad continues to amaze me. Thank you dear dad for being so incredibly wonderful. For being by my side during wedding season and pretty much all year whenever I need you. Your love for me and the enthusiasm for my business reminds me of how lucky I am when I get overwhelmed by the details. You are so joyful and positive and I feel so blessed to have you. My heart goes out to all my dear friends and family who don't have their dads anymore, it makes my heart ache for them. To all of them and to you I send my love. I send my love to Pop(love you so much!) and to my brother Josh and to Tyler's dear dad Bill Hogan, all amazing fathers.
Thank you dear diddy for simply everything. You taught me how to find beauty in every moment and how to drive like a muther f@%#er. ; > "Pedal to the metal diddy!" 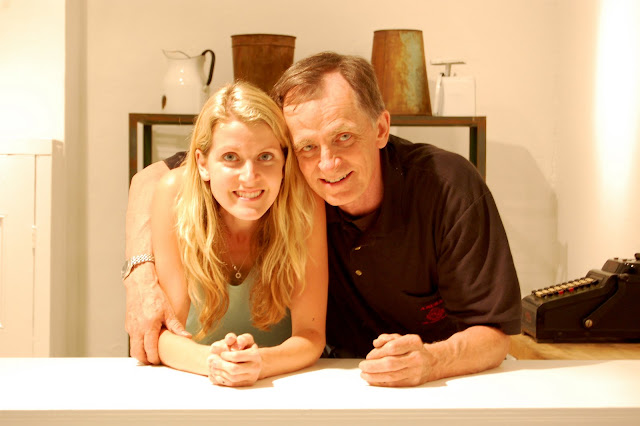 The shop at night

Wedding season is in full swing. My nights are usually spent here in the shop working. When I flip the sign to say CLOSED, truly it becomes a magical place. Cartoon creatures circling my feet, I feel like Alice in Wonderland. Alison xo